We offer the finest quality Bagpipes at competitive prices with unmatched delivery and back up service from McCallum Bagpipes, MacRae Bagpipes, David Naill & Co. Bagpipes, and Wallace Bagpipes. We also carry Scottish Small Pipes and Electronic .

Gerry Rooney is the founder and owner of Pipeline Bagpipes Celtic Themes. He was born and raised in Uddingston, near Glasgow, Scotland. His piping tuition began in the 1970s at the College of Piping in Glasgow, Scotland with Fred Morrison, Sr., P/M Angus J. McClellan, and P/M Angus MacDonald, M.B.E. In America, he studied Piobaireachd with James McIntosh M.B.E., Donald F. Lindsay and P/M George M. Bell. Between 1983 and 1985 he earned over 40 first and second place prizes in various piping competitions, including Piper of the Day at the Delco Scottish Games in 1985. He competed in the Open Grade Competition in Scotland in 1986, and was asked to join the Strathclyde Police, whose pipe band at the time was in the middle of a six year winning streak at the World Championships. In 1987 he was forced into temporary retirement due to a serious hand injury (from a circular saw), and was told he would never play again. Despite the injury, he made a comeback in 1993 and took over 45 first and second place prizes including Piper of the Day at the Capital District Scottish Games in 1994. Gerry is a member of the E.U.S.P.B.A. and the Isle of Arran Piping Society, on the Isle of Arran, Scotland, where he keeps a holiday home called Braehead House. He has been interviewed by newscaster Jane Hansen, and has appeared as a featured bagpipe instructor on NBC’s 'Today'. For ten years, he served as the piping instructor at West Point Military Academy and continues to give piping tuition. 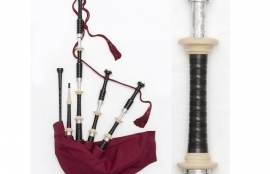 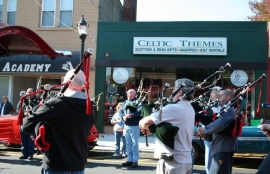 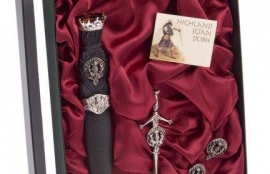 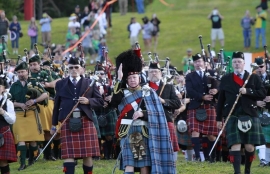 View photo
5.0
1 Review
Write a review
Great place to buy Bagpipes
Great place to buy Bagpipes and accessories.Gerry is a great guy to talk with and really knows Bagpipes.I am so thrilled to do business with them.And am glad i am getting my Bagpipes from Pipeline.Danel Shane
Did you find this review helpful?
0
0
Message successfully sent
Sorry, we could not complete your request, please try again later.
Send a message to