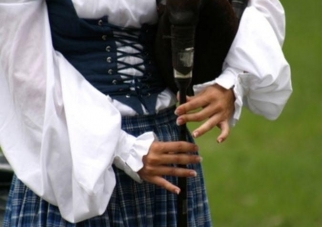 The beginnings of the small kilt - the one which is worn in modern times - has caused lots of arguments over the years.

The Irish Kilt has been a much contended topic among scholars of Highland dress and tartan for decades. Traditionally, the ancient Irish wore the léine (pronounced LANE-AH), a linen tunic with voluminous sleeves and a hemline reaching the knees or higher. (Keltoi Gaelic Clothing.) The Irish léine was dyed "saffron", a shade often described as mustard-yellow. (Whether saffron from the crocus flower was actually used or this was simply the term for the colour is another bone of contention.) The léine was eventually discarded as everyday clothing, partly due to restrictive English laws imposed upon the Irish populace and also for economic reasons. (There were reputedly several yards of linen in a léine.)In the late 19th and early 20th Century, Irish nationalists and enthusiasts sought to create (or recreate) a unique form of national dress for Ireland. The léine was deemed unsuitable, as it could not be "updated" to the fashions of the day, and many did not think it looked particularly "manly". Instead, they turned to their Gaelic cousins, the Scottish Highlanders, for inspiration. The Irish chose to adopt a solid-coloured (or self-coloured) kilt, dyed either green or saffron. When applied to worsted wool, the 'saffron' dye produced a much deeper colour; the orange-brown shade we associate today with the saffron kilt. Solid-coloured kilts were historically worn in Scotland as well, though they never seemed to attain the popularity that tartan or tweed did.

4.0
1 Review
Write a review View all reviews
Highly Recommend
John was super helpful when I order a Mackie bonnet. I would highly recommend Keltoi!
Did you find this review helpful?
0
0 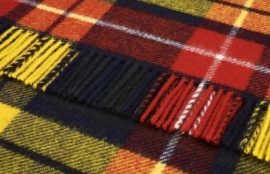 View photo
4.0
1 Review
Write a review
Highly Recommend
John was super helpful when I order a Mackie bonnet. I would highly recommend Keltoi!
Did you find this review helpful?
0
0
Message successfully sent
Sorry, we could not complete your request, please try again later.
Send a message to