Top 7 Facts You Need to Know about Scottish Tartan Kilt

Facts You Need to Know about Scottish Tartan Kilt

A tartan is a specified fabric having different patterns of horizontal and vertical lines on a colored background. For example the Black Watch Tartan with a black background! There are a number of tartan patterns available which present the culture, history, and fashion of Scotland. In Scottish society, the dress of tartan fabric is regarded as a cultural symbol and is known as the kilt.

There are different tartan kilts which are associated with different clans of Scotland. In Scotland, the tartan kilts are used during the events, ceremonies, annual functions as well as government gatherings. We are going to discuss 7 facts about the Scottish Tartan Kilt that you all need to know.

1. Tartan Kilt is a Cultural and Traditional Symbol of  Scottish Sociey

Tartan in Scottish society has an important place as it is regarded the cultural and patriotic symbol of the entire nation. The Scottish Tartan Kilt is the only dress which is considered as the traditional  one among the whole society. Different clans and even, districts have different tartan associated with their names which represent their history.
Even the government officials as well as Royal Family are under the spell of Scottish Tartan and have their own set patterns. Black watch tartan is its best example. It finds its origin in highlands but with the passage of time, it becomes the tradition among the whole nation. 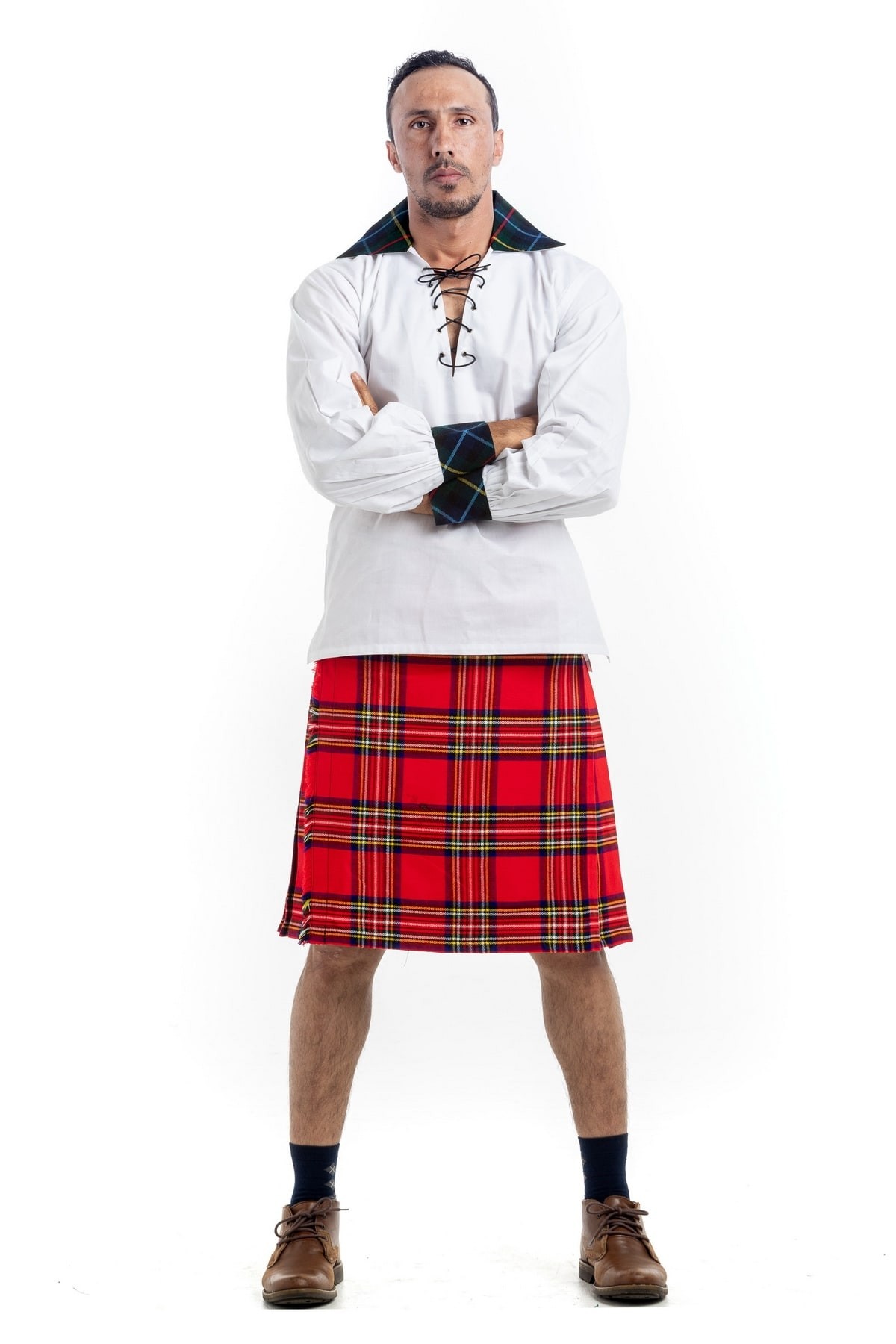 It is used to register the tartan of specified patterns for specific clans and districts.These registered patterns are considered the symbol of the history of the respective clans as well as districts. But it does not mean that other people cannot wear those registered tartans.

People can wear the tartan apart from their clans tartan except for the Royal Stewart Tartan. If one wants to register the new tartan, he easily can by following certain principles. In Scottish society, almost every person has the history of registered tartan which reflects in his surname.
3. Traditional Scottish Tartan Kilt

A piece of the tartan of considerable length worn around the waist is called kilt. Like tartan, kilt also finds its origin in highlands and now has become popular not only in Scottish society but also in all around the globe because of good quality kilts. In beginning its wearing style was slightly different from today way of wearing the kilt as, like today kilt, it was worn around the waist but the enhanced piece was used to cover the shoulder and nipped with a pin. This upper part was adjustable according to the intensity of the weather. The main reason for its popularity was the British aristocracy who thought that the Scottish things were fashionable.

4. How to Select an Ideal Tartan

Initially, a person can select the tartan of his own choice and it is not bound to wear a specific one. In that scenario Weathered Tartan and black watch tartan are best choice. But it is not always the same scenario because when it comes to tradition then you are supposed to follow the tradition of Scottish clans as well as districts.
If you do not like the traditional clan tartan, you can choose the relevant district of your background and if it is not likable for you either then you can wear a Universal Tartan.

In modern society, the selection largely depends on the tilt of bonding to the specific group.

i. Tartan weight
There are three common weights that are used in the making of Tartan kilts. 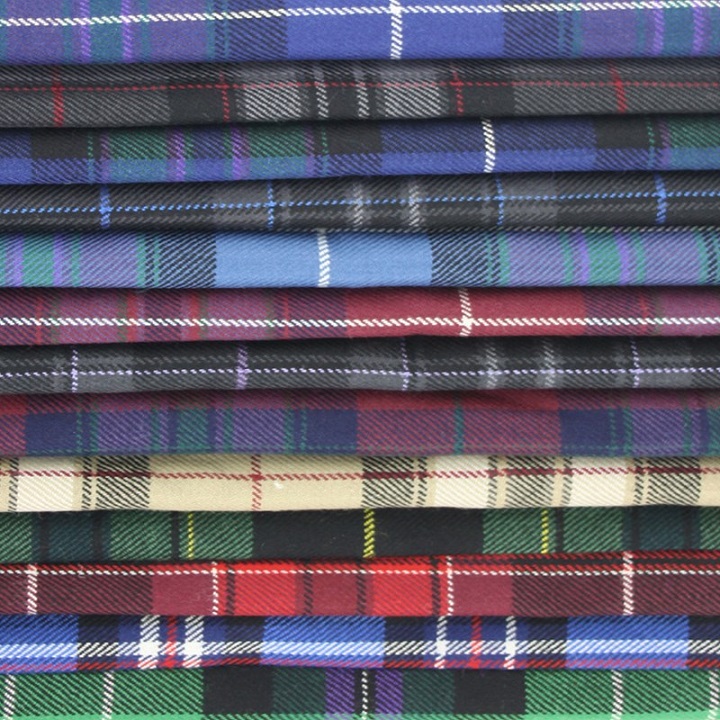 10oz: It is called the lightweight and hence, a lot of care is required to maintain the lightweight tartan like pressing, washing and using. This variety is highly recommended to the people who
live in a hot climate. Because of its light nature, it is very famous in females as they can easily wear and carry during unofficial parties.
13oz: It is also called medium weight and is famous in the people who like balance in the dress. It is not the traditional weight but is very common in the Scottish Clans.
16oz: It is the heavy one among the three. It is the traditional weight of the Scottish Tartan and warmer as well and hence, is the first choice of the majority of Scottish people. It is suitable for cold weather as well as official gatherings.

Ancient Colors: This color scheme is simple in look and lighter in tone. It follows the natural pattern of vegetables.
Modern Colors: This scheme is very attractive and dark in nature. It has become the default scheme in the fashion circle. Weathered: This scheme is the symbol of the fading of the age. It is the one that changes its impact on different people.
iii. Length of Tartan

iv-Yard Kilt: it is the traditional size of the Scottish tartan that is used to make good quality kilts.
It can best be used in formal gatherings such as marriages.

v-Yard Kilt: it is not the traditional size but very famous and common in Scottish clans. It is very light and fit for occasional events and parties.
6. Scottish Tartan; How to Wear and Pair 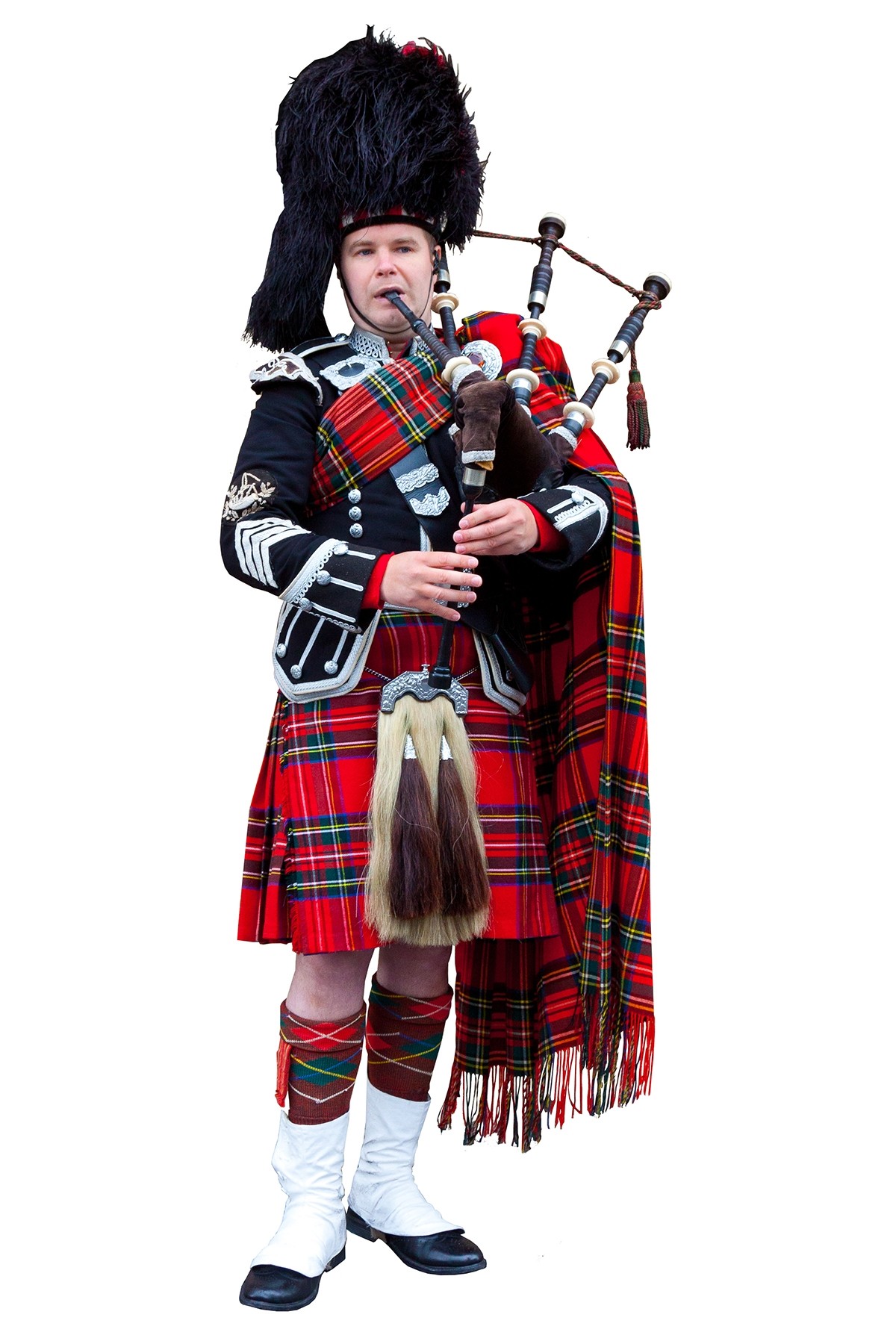 In modern time the charm of the Scottish tartan has been increasing with the passage of time. Today it is not only using in the making of kilts but also in the different sett. The people are
involving themselves into a complete suit made by Scottish Tartan. 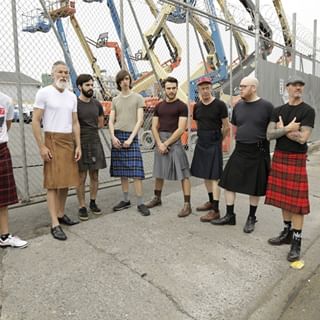