Hands off our kilts: Scots bid to copyright their national dress 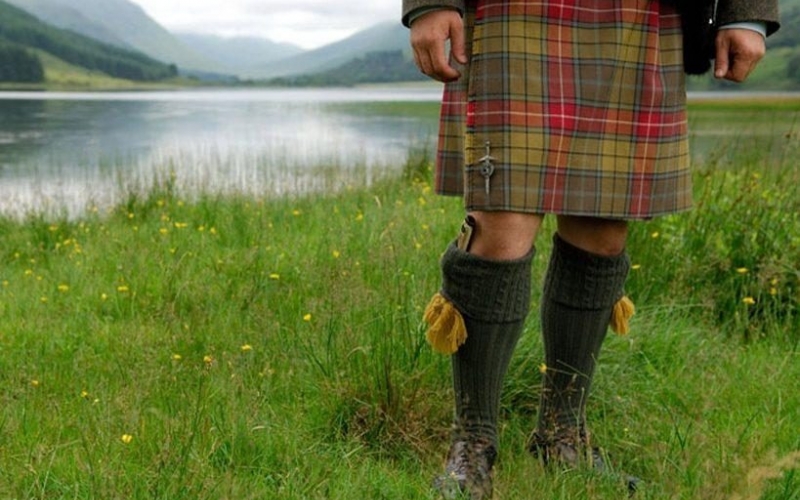 To Scotland, it is as important as Parmesan is to Italy and champagne is to France. Now the national dress, the kilt, could soon get the same type of brand protection as its European counterparts.

Just as Parmesan if it is made in certain regions of Italy and sparkling wine can only be called champagne if it is made in the area of the same name in France, the traditional kilt is at the centre of a campaign which, if won, would mean that only those made in Scotland could call themselves Scottish kilts.

The campaign is the idea of an Edinburgh-based kilt-maker, Howie Nicholsby, who, exasperated by the influx of cheap, foreign imports calling themselves Scottish kilts, got in touch with the Scottish Member of European Parliament Alyn Smith to see if they could persuade the European Commission to give the Scottish kilt protected designation of origin (PDO) status.

If their attempt is successful it would mean that only kilts that were hand sewn, made in Scotland and made from pure wool could be known as a Scottish kilt. Those that did not meet the three criteria would simply have to be known as kilts. Mr Nicholsby, 29, said: "This campaign has come about through years of frustration. I grew tired of seeing poor quality kilts selling in shops on the high street for £20 and calling themselves Scottish kilts.

"They look terrible – it's like someone wearing a dishcloth. People should feel pride in wearing a real Scottish kilt, but people are being put off kilts completely because the cheap ones look so bad. The PDO is something we need to protect our industry because it's under siege."

The Scottish Nationalist Party MEP Alyn Smith said: "What's happening is that tacky shops have started to sell cheap kilts that they are prefixing with the word Scottish. They are essentially tartan skirts imported from India and China. They look crap and are an embarrassment to our culture and our country.

"A real Scottish kilt is like a designer item these days I see more and more men wearing them. It's a quality item and a proper one will cost upwards of £150. These £20 things are degrading our national dress."

Mr Smith has sent a letter to the European Commissioner for consumer protection, Meglena Kuneva. He is hopeful she will back the granting of PDO status.

The kilt was first seen in the 16th century, as a long piece of cloth wrapped around the torso and waist. The version we see today, patterned with tartans said to represent specific clans, did not emerge until the 1800s. In recent years, other Celtic nations such as Ireland and Wales have adopted versions of the kilt.

The name comes from the Scandinavian word kilt, meaning to tuck clothes up around the body. A typical adult Scottish kilt uses about eight yards of tartan wool and the hem sits just below the knee. It is usually teamed with a belt, a jacket, a sporran and a sgian dubh, a small knife worn in the top of the sock. Folklore maintains that a true Scotsman should wear nothing under his kilt.

Traditionalists insist that the plural of kilt is also kilt, rather than kilts. 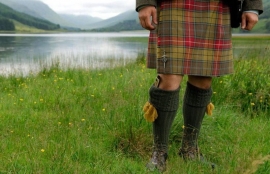